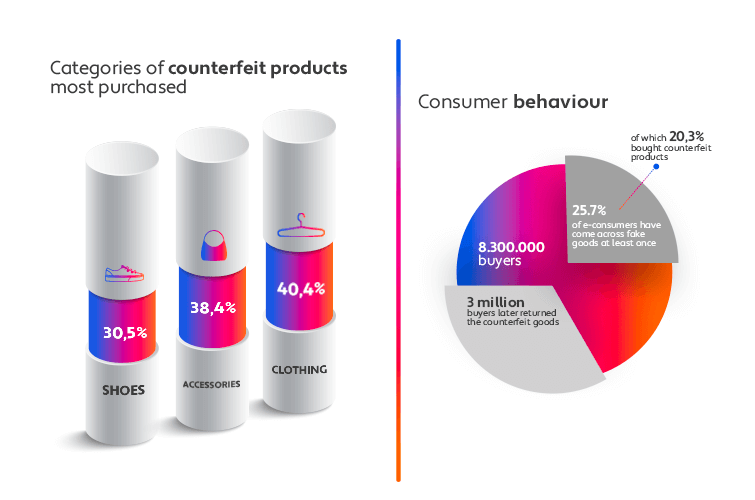 What is counterfeiting and how much damage it causes each year

WHAT DOES ‘COUNTERFEIT’ MEAN?

“To counterfeit” means to falsify, to reproduce something in such a way that it can be mistaken by consumers for the original. Counterfeiting, in particular, means the illegal alteration, unlawful reproduction and sale of a good, in violation of a right of:

Counterfeiting, indeed, happens not so much on the basis of a perfect copy of the brand mark or other typical characteristics of a company’s product, but rather by taking into account the overall impression of authenticity felt by the average consumer towards the counterfeit brand.

THE IMPACT OF COUNTERFEITING ON PRODUCTIVE SECTORS

According to the Direzione Generale per la Tutela della Proprietà Industriale – Ufficio Italiano Brevetti e Marchi (DGTPI – UIBM), the national authority responsible for fighting counterfeiting through policies to prevent and contrast the phenomenon, counterfeiting now affects all production sectors. More specifically, according to the 2021 study on counterfeiting in Italy, conducted by the Ministry of Economic Development and the UIBM in collaboration with Censis, the three most bought categories of counterfeit products belong to the traditional fake categories: clothing (40.4%), accessories (38.4%) and footwear (30.5%).

THE DAMAGE OF COUNTERFEITING ON THE COUNTRY SYSTEM

An activity often linked to organised crime, the dissemination of counterfeit branded products not only seriously endangers the health and safety of consumers, but can also deeply damage the country’s economy by causing:

AN INCREASINGLY WIDESPREAD PHENOMENON: SOME DATA

Proving capable of evolving in relation to new ICT technologies, today new production and distribution strategies for counterfeit goods have been developed to meet the market demand of the modern consumer, who is increasingly inclined to buy online. According to the same study carried out by the Ministry of Economic Development and the UIBM, in cooperation with Censis, in fact, 25.7% of e-consumers have come across counterfeit goods on the web at least once and 20.3% have purchased counterfeit goods, for a total of 8,300,000 buyers. Of these, around 3 million later returned the counterfeit goods once they realised that the product was not authentic, which was considered essential by most consumers.

HOW TO PREVENT COUNTERFEITING?

In this increasingly widespread context of the crime of counterfeiting, therefore, the need for companies to implement measures to protect themselves from the economic and image damage caused by counterfeiting and, at the same time, protect their consumers from buying counterfeit products is evident.

lab-go’s Brand Protection and Authenticity Certification service was created for this purpose: to guarantee the products authenticity purchased online and offline in a simple and innovative way and to eliminate any risk of counterfeiting. Want to know more? 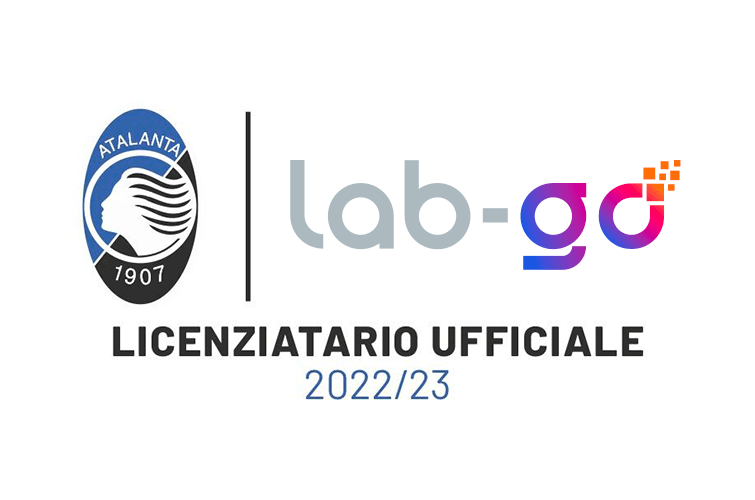 Atalanta and lab-go, an important partnership - to provide all Atalanta fans an unique and authentic customer experience with the team.

What is counterfeiting and how much damage it causes each year

"To counterfeit" means to falsify, to reproduce something in such a way that it can be mistaken by consumers for the original.

lab-go is a young start-up whose primary goal is to protect the origin, authenticity and warranty of the products we all buy every day by giving users an exclusive digital journey.

Book a demo
go on top